Request information
MySQL Slow Query is the cPanel module developed by Artera’s technicians that will allow you to analyse and improve your site’s performance . This module examines the system logs, normally visible only to the administrator, and generates a report relating to the slowest queries recently performed by the site. Thanks to this data you can constantly monitor the status of the databases, intervene with optimisations or request our specialised advice. To see the prices or characteristics of our solutions, receive a personalised offer or request support, you must be registered. Register now.
Request information

What is MySQL Slow Query for?

The MySQL Slow Query module generates two reports: the first allows you to quickly view the individual executions of the slowest queries performed by your site and to analyse in detail the most significant parameters such as: execution time, the number of database rows examined, the number of rows effectively sent and the possible lock time that involved the database during the execution of the query.

The second report groups queries of the same type, showing: the number of executions recently carried out, the relative average execution and lock times, the average number of lines examined and sent.

The analysis of these reports will allow you to monitor the database status and improve overall site performance thanks to maintenance activities such as emptying some tables that are no longer useful or performing some simple optimisations such as the application of indices or reviewing the scripts involved in running the queries. 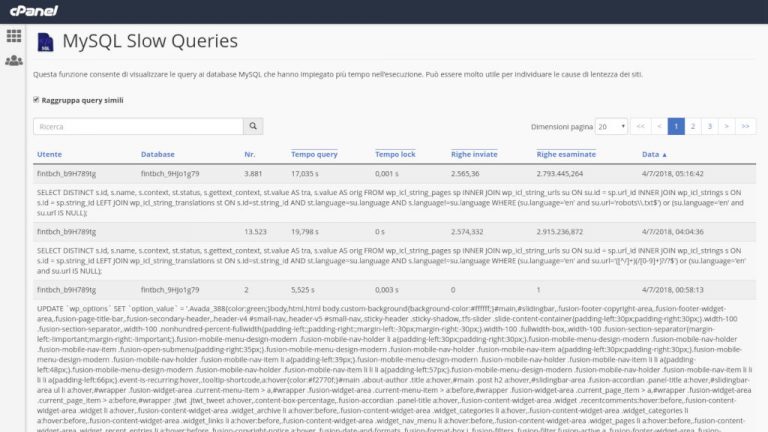 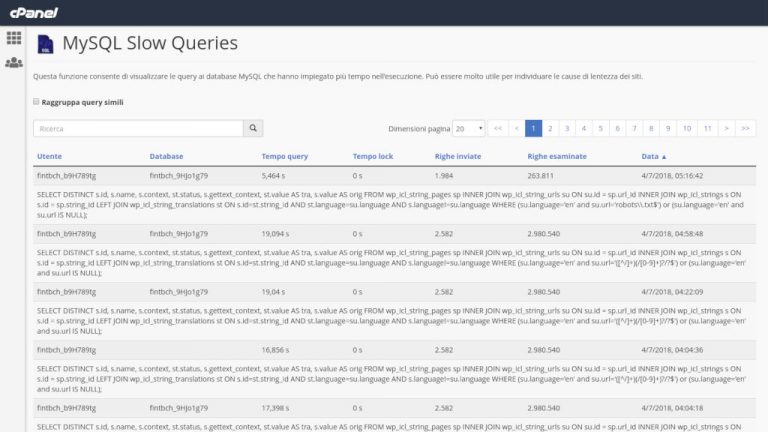 I want to try Artera Services

The module was developed starting from the analysis of the MySQL log files, normally visible only by the system administrator. In particular, in a first phase, the parameters for the generation of the slow query log were calibrated based on the experience of our technicians, with particular regard to the characteristics of the WordPress and Magento CMS. Parameters that are constantly monitored and updated.

The module then takes care of dividing the information thus obtained based on the different shared hosting accounts cPanel and of showing each one their specific report. It is in this phase that the queries are normalised by eliminating the parameters to show the grouping of the same and average execution times in the final report.

I want to try Artera Services
Do you want to talk with us?
Click here to choose the date and time

Fill out the contact form and we will get back to you promptly.