The Swiss Federal Institute of Intellectual Property (IPI) and the Federal Office of Agriculture (FOAG) had evaluated the need for a revision of the existing law to ensure greater protection for the “Swiss trademark” as well as a competitive advantage for companies producing here. The criteria for the use of the Swiss cross or the indication “Swiss made” were outlined with the aim of improving protection and preventing abuse of the designation “Switzerland” and the use of the Swiss cross.

The previous legislation, which was extremely complex, difficult to apply abroad and not always well defined in its dictates, has been modified and its effects monitored in order to test on the field the advantages that had been set and imagined. Some of the companies interviewed after its entry into force stated that they found the new law clearer, although still complex in some aspects.

The legislation now in force remains beneficial not only for companies whose products and services bear an indication of Swiss origin, but indirectly also protects and enriches other sectors of the economy, benefiting the economic system as a whole.

Some critical points, as mentioned above, are raised by the companies themselves in the post-enactment evaluation of the law. They are indicated as follows:

Beyond the applications from time to time required, the real hub of the community advantage .swiss on which we wonder is the reputation, which by pure logic also and above all starts from the name and domain chosen for the website. “Nomen omen” said the ancient Romans, that is, in the name lies the destiny, so the choice of the domain name is the first real step to be taken to give a character imprint to the company with an online presence. If the planned project points to the added value given by the membership in the community of companies .swiss (and not only to the .ch domain registerable anywhere and all over the world) to emphasize the swissness inherent in the corporate mission is the necessary step to stand out from other companies. The purchase of a .swiss domain is provided exclusively for companies, institutions, public bodies and organizations in Switzerland and enjoys special protection against abuse of the domain (so-called Domain Guard). It is interesting to highlight that the purchase of a .swiss domain is also granted to those companies that need a service of online brand protection and therefore to the protection of their brand.

It is clear that the new extension .swiss is intended to promote the Swiss community on the web, this means that in the socio-cultural and economic plans of the State, there is the need and the ambition to expand the territory also online, enhancing above all the trust of consumers (especially Swiss, less relevant instead for German or French who remain to date less interested) and the quality and exclusivity of the product. 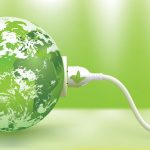 Artera: a green provider for tomorrow

The revision of the Swiss Data Protection Act (DPA): new developments and perspectives. 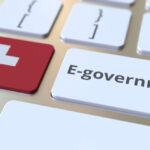 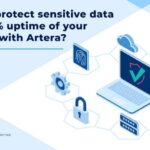 How to protect sensitive data and reach 100% uptime for your website with Artera? 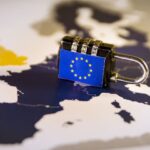 Data Governance Act: making a virtue out of necessity 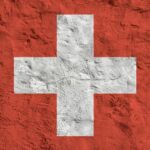